Over on my Instagram, I decided to run a “Stoma Myths” week to de-bag some stoma myths with the help of some inspirational people within the stoma community.

I thought it would be great to translate the myths over to a blog format to allow those of you who don’t follow me on Instagram or who don’t use social media to be involved too and hopefully learn something new from them, find something you can relate to or find some comfort or reassurance. I hope this blog post does that!

Debagging Stoma Myths with Billie – “You can’t swim with a stoma.”

The lovely Billie kicked off the week with this swimming myth. Here is what she had to say in reply to that myth:

“So not true! Swimming was the first sport I did after my operation. I took to the pool around 5/6 months post op once a week to build up my strength. I’ve always loved the water and loved swimming. I was top of my class aged 7-15 and would swim faster than the 18-year olds in my classes, so getting back in the water was something I planned to do. ⠀
Swimming was a great place to start for me because I felt it took a lot of my body weight and some of the strain off my abdomen, as opposed to going to the gym. I always go armed with extra bags and sometimes pop a flange extender on if I’m diving. Swimming and going in the water is nothing to be scared of with a stoma!⠀
⠀
Everyone has different limits and always chat with your nurse before doing any exercise post stoma surgery!”⠀

I completely agree! I love swimming & it’s never something I’ve worried about barring the first time post-surgery. I got out the pool every so often to check the adhesive on my bag & empty, but it really did not cause me any issues! I’ve used jacuzzis and even been on spa days since as well & have spent 3 – 4 hours in the spa with no problems. The adhesive does start to go a bit gooey, a bit softer than candle wax consistency around the edges but this has never stopped it sticking. I just put a new one on before I go home. There are also companies such as Aura Clothing who do great bikinis and swimsuits for those who have stomas & companies such as Comfizz who do swimming boxers for men.

It was great to get a myth that males have heard & to get Ant’s positively refreshing perspective on stoma life.

De-bagging Stoma Myths with Ant: “Life changing surgery makes you less able to do things other men can.”

“As a guy, you’re automatically put into a strong, tough guy category. With a disability, people judge you and automatically think that you can’t be strong or resilient or as worthy as more able guys. ⠀

You can actually do everything and more!
⠀
If anything once you have the stoma you’re free from the previous problems that stopped you achieving what you want in life. That’s inclusive of all elements in life, especially dating and meeting new people. The bag brings a confidence to you and your mind. You can pretty much tackle anything and everything!”⠀⠀
I absolutely love this! It’s so great to see more men being open with their stomas & helping other men on their journeys. It’s also so empowering for males both inside and outside of the stoma world, who may be struggling with chronic illness.

De-bagging Stoma Myths with Katie: “You can’t exercise with a stoma.”

It was so insightful to get Katie’s take on this myth. Exercise is something I’ve taken steady with the right precautions since surgery. For example, one of my biggest fears is getting a hernia, so I always make sure I wear the right support and don’t engage in exercises where too much direct force or reliance is placed on the abdominal muscles.

Something I find really calming, and a brilliant way to exercise, is practicing yoga. It’s done wonders for my mental health AND my physical health – but something I was so scared about trying with my stoma. Something you have to be mindful of after stoma surgery is there is a weakness – but that doesn’t mean you can’t exercise at all!⠀
⠀
My top tips for exercising, and practising yoga are;⠀
⠀
???????? get advice from your stoma nurses and/or doctors before you start doing anything⠀
⠀
???????? wear a support belt/band or too. My favourite place to go to are from @comfizz ????⠀
⠀
???????? start slowly. Life’s not a race so start with low impact, abdomen friendly workouts⠀
⠀
???????? find something you enjoy! For me it’s yoga, I find it brilliant and in the past year, found I can even do movements on my stomach!⠀
⠀
Having a stoma isn’t the end of your life, it’s just the start and you’ll find you can do some amazing things ✨”⠀

I’ve given yoga a go myself & have had no issues & I also run with a stoma & use the gym. I also think it’s super important to make sure you warm up and wind down effectively & ensure you have eaten the right foods to give you energy, as well as ensuring you are hydrated throughout. I use drinks such as Lucozade Sport or water with re-hydration tablets in to ensure my electrolytes are supported & topped up. I go on moderate walks & my stoma enables me to do this because I’m not rushing to the toilet constantly. I also wear Comfizz support bands or Vanilla Blush underwear.

De-bagging stoma myths with Rupert: “There is a stigma associated with stomas.”

This was such an interesting post to be part of. I absolutely loved hearing what Rupert had to say on this & completely agree.

“There is a common perception that if you have a stoma, you will be on the receiving end of negative comments or reactions.

Thankfully, in reality, this is not the case for the majority of ostomates.

There is a difference between a stigma and a lack of understanding. As an ostomate, I believe that our mission is not to break a stigma, but to spread positive, educational information about our condition, so that the world is better informed.”

I love Rupert’s take on this! I have experienced less than a handful of nasty stoma comments since 2011 & a big part of the health work I do is inspired by my passion to help others to understand more about stomas & IBD.

De-bagging stoma myths with Beck: “Having a stoma makes you unattractive.”

Last, but not least, I was joined by the empowering Beck, to discuss body confidence with a stoma. I absolutely love Beck’s take on body confidence and how she uses her struggles to empower not just herself, but others too.

“Lots of people believe that when you have a stoma that immediately this makes you unattractive. I’m here to tell you that’s just a myth! You may FEEL unattractive at first or even now but it certainly doesn’t make you physically unattractive. ⠀
⠀
I was more body-conscious prior to my stoma, believe it or not. My stoma has given me that self-confidence! I’m much happier with my body now and I’ve done more than I ever imagined I could. ⠀
⠀
I’ve been on dates, met new guys and maybe I’m lucky but I’ve never had any negative feedback. If anything, they were in complete awe of my story.⠀
⠀
Being attractive isn’t just down to the way you look, it’s also about what’s within you. Plus ladies put on a sexy bodysuit or treat yourself to that underwear set because I can promise you that you’ll FEEL attractive and I’m pretty certain that’ll shine through!”⠀
⠀
I absolutely agree with this! You own your bag, it doesn’t own you! My stoma bag has made me feel so much comfier in my own skin and feel proud of my figure, my scars & my bag & what they symbolise. It’s so important to surround yourself with people such as Beck who empower you in your body confidence and self-acceptance journey, whether that be with a stoma or not! ⠀

I got so many thankful & kind responses from running this myth week. It really reinforced for me why I love helping people & how it’s so good to team up with others to help people together. There are other stoma myths I have heard & some you may have heard too, which I could definitely discuss in a future post, as well as some I have written about on my blog.

Thank you to Billie, Ant, Katie, Rupert & Beck for joining me! Make sure you go give them a follow via their Instagram handles below:

You can read Amy’s blog here 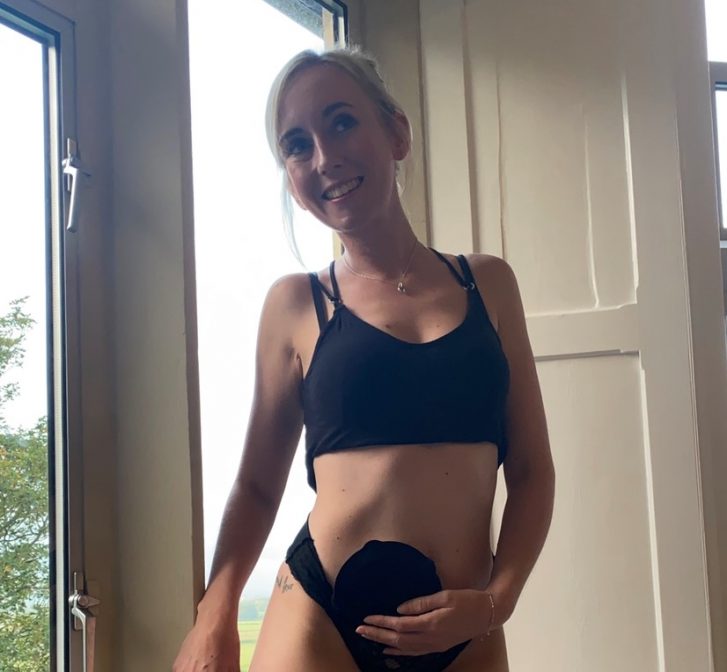