How Having a Stoma Has Opened up Doors for New Opportunities

Having ostomy surgery (for most) can result in doing things that were previously not possible, or at the very least not possible without pain and discomfort. Ostomy surgery is a major operation. Whether it is planned or done due to an unforeseen emergency, it is never something someone wants to have but will feel they had to have with the hopes of a better future. What I wasn’t prepared for was the emotional toll it would have. In appointments leading up to the operation as mine was planned, I felt very hopeful, positive and I owe that to my 5-year-old ostomate who has never known life without an ostomy and lives his life to the full. I have documented previously how on waking up from surgery I couldn’t look at my stoma and was certainly in denial. I couldn’t believe it actually happened despite the planning and wanting it for so long. It was a confusing time and I felt ashamed feeling the way I did. When talking to the stoma nurse who I knew from previous events with Pelican, I told her how I felt and she told me it was perfectly normal.

Our brain is not prepared to see an internal organ on the outside of our body despite us knowing its coming, nothing prepares you for seeing it yourself. On healthline.com it shares how ‘you know logically that you’re entering a new relationship with your health when a new medical issue comes up or you get a new diagnosis, it’s common to need time to work through denial before beginning to process exactly what it is you’re feeling’. This certainly alines with what I was told and I was grateful to the stoma nurse for making me feel less ashamed. It was normal to not feel ok about things even when you have had a unique experience with stomas like myself.

Some stages may be experienced in more depth than others and some may feel they haven’t gone through one or two. Rather than preempt that you will feel them all, know that emotionally you will need time to heal as much as physically, and focus on the end goal of how your ostomy can change your life for the positive. For me, it has allowed me to do things with relative ease that I hadn’t been able to for a long time.

This is the most important one for me as I was an avid gym-goer and enjoyed being fit and healthy which also helped keep my mind in check. I took the advice of my stoma nurse and rested for around 6 weeks before slowly walking with the family. Then I started doing short jogs which developed a year later into running 10k races and entering the Cardiff Half Marathon for Noahs Ark Children’s Hospital Charity in Wales who care for my son. I never would have had the confidence and determination to do such things pre-ostomy, so for this, I owe my surgery to being able to help others and keep myself fit and healthy. Being part of the ostomy world both online and in reality has opened up so many opportunities that never would have been possible. I have met the kindest people that helped me in my recovery with advice and words of encouragement. Working with companies that we used when our son was born to share products I believed in with a photoshoot was a highlight. The most important opportunity to date was being asked to be part of the Be The Change campaign with Respond Healthcare Ltd and Pelican Healthcare Ltd. Myself and other ostomates gathered to highlight the difficulties faced by ostomates to members of the Welsh parliament. I had the honour of being part of the unveiling of new toilet signage in Cardiff which was covered by ITV Wales making disabled toilets non-discriminative to those who aren’t wheelchair users, yet still require the use of the facilities none the less. Due to poor health I had to give up my career as a Secondary School Teacher and then with my son born with the same condition, it felt like I would never be able to return again. I loved my job, the people I worked with and it was always a vocation not just a job for me. Following surgery and my son getting a full time teaching assistant in school it meant it was possible to start thinking about work again! Starting off with supply teaching to dip my toe in and fathom managing my ostomy in the workplace has been exciting, healing and given me such a sense of achievement. I can’t wait to see what the future holds.

Other highlights include going on holiday and swimming in the sea, going for long walks and getting lost in new places on foot that would never have been possible pre-surgery. The world has really opened up and I can’t wait for what it holds next. 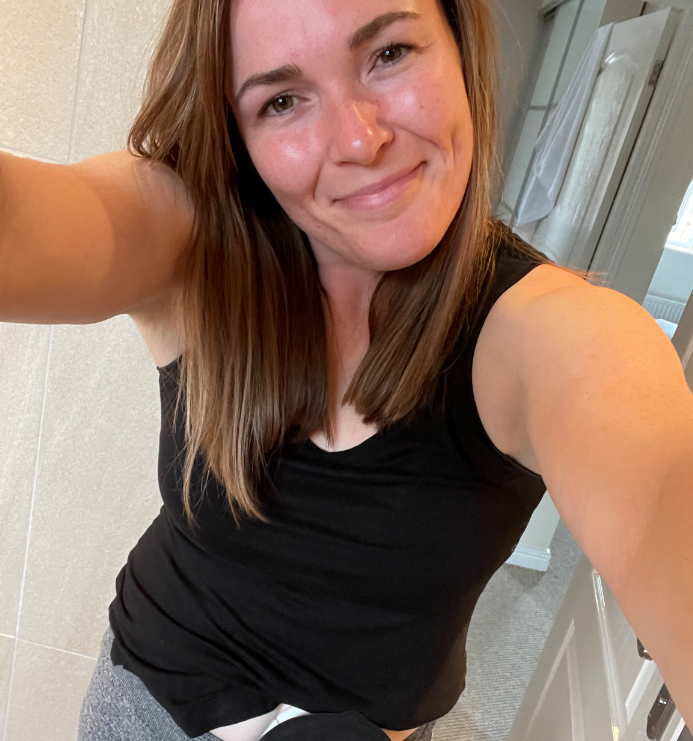 Rachel is a part time baker and healthcare blogger who started raising awareness of stoma surgery following the birth of her son Jake. Jake was born with the same condition […] Mental Health With an Ostomy

Mental health awareness I am pleased to say has become part of everyday conversation, not needing an awareness day to start the conversation. I have spoken about how my own […]

END_OF_DOCUMENT_TOKEN_TO_BE_REPLACED So I have been using the Eakin Freeseal for about 4 months. Switching from one product to another can be daunting for any ostomate, I was slightly sceptical at first […]

END_OF_DOCUMENT_TOKEN_TO_BE_REPLACED If you recall, I wrote a blog post last year about deciding to have my old copper coil removed and a new Mirena coil to replace it. This was 5 […]

END_OF_DOCUMENT_TOKEN_TO_BE_REPLACED Last month me and my mini ostomate had the honour of having a private factory tour with Pelican and Respond Healthcare. Two kind souls who have always supported my work […]

END_OF_DOCUMENT_TOKEN_TO_BE_REPLACED “What’s the nicest thing anyone has ever said to you about your stoma?”

Hello Pelican readers, I hope this blog post finds you well, as always, but I know that for some of you that is not the case so I am sending […]